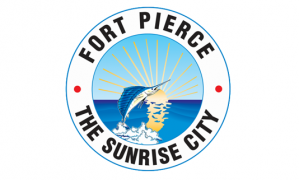 Fort Pierce: A city of Sunrise
Fort Pierce is a city of Florida, United States of America. It is also known as a city of Sunrise and having a population of 42,645 according to the 2012 census. Surrounded by a water makes it a perfect vocational spot for the families. The coastal areas of this city have different natural reef and it's like a haven for plants and animals with over 4000 species. The climate is mostly humid due to its coastal area. Furthermore, Fort Pierce has also awarded with an excellence award by the Florida league of cities for overall maintenance and government policies.  The city of Fort Pierce has a mayor-council type of government. The workplaces of officials are unprejudiced, and have a term of four years.
The total households were 15,914 and 9418 families were living according the 2010 census, it might have been increased by now. The race classification is not dominated by the whites only, however he American African are 40% while Whites are 45%. There are also other races found in Fort Pierce, e.g. Asians, Pacific Islander respectively. As per census, the historic per capita income was $16,782 which might have increased by now. Fort Pierce is served by the St. Lucie Transportation Planning Organization. The Intracoastal Waterway goes through the city. The most approachable airport with booked traveler services is in Melbourne.
From 5 star to 2 star, you will find hotels with different standards according to their worth and services. There is a good education system and over 40 schools are working efficiently. From elementary to high school, this city sunrise has everything to shine and rise.
As we know that Florida is known for its countless activity areas and recreational stuff. Every city of Florida preserves the unique unseen beauty and attraction and so Fort Pierce too. Fort Pierce is mostly known for its nightlife. You may find many things to do in Fort Pierce if you want more than just a beach picnic.
For outdoor activities, there are places you will love to visit and one of the famous is Motorized Kayak Adventures. This is an electric motor kayak adventurous guided tour with easy handle steering system so that you can enjoy the scenic beauty of the Indian River lagoon. Fort Pierce has also many nature and recreational parks. One of the famous park for nature and wildlife is Savanna Recreational area where you can have a bicycle ride through the savanna Recreational Area.
Fort Pierce is not "trendy" to live in - never has been.  It is not like its neighbors, Vero and Port St. Lucie.  Mark your calendars for this summer and indulge in exotic coastal and land beauty of Fort Pierce.