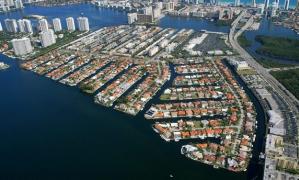 Eastern Shores is a neighborhood within the city of North Miami Beach in Miami-Dade County, Florida, United States. It is located about 12 miles (19 km) north of Miami, just south of the city of Aventura.